All Food is Modern Part I: Are you a caveman?

Here at The Srong Kitchen, we make food that we coin "Paleo-friendly".  This centers around the idea of eating lean meats, vegetables, fibrous starches and healthy fats. Pretty solid in terms of Paleolithic-centered nutrition.  However, we are not dogmatic about our approach as we do include things like white and red rice, quinoa, oats, chocolate (uh oh!) and the occasional dairy product.

In terms of our Paleo-ness, we're probably about 80%.  And that is a rule most people do well with in life.  Only nutrition psychopaths assume that anything less than 100% is NOT adherence as, for most people, there always needs to be flex in what we do.  Eating structured in such a way that you have an negative emotional reaction like anger, fear or self-loathing when you go off-plan is disordered eating.  Believe a food is good for you while another is decidedly bad(maybe aside from modern trans-fats, because there ARE naturally occurring trans fats, oh you didn't know that?) can lead to some real life problems.  How you interact with other people, creating your own didactic group or tribe that looks at another as the enemy or simply being so limited in your perceived choices that you can't function like a normal modern person.

This is not to say some extreme dietary restriction is not necessary.  Type-1 diabetics, those with autoimmune conditions and other serious diseases DO have to avoid certain things because it absolutely wreaks havoc on their physiology.  But for most of us this is not the case. You might decide to avoid dairy because it gives you gas and bloating but having cheese once a month does not mean you'll die an early death.  Many people, however, choose to "join" a nutrition group and then firmly plant themselves there even when they could operate just as well, if not sometimes better, by opening up their options.

I am lifting this direct quote from Loren Cordain's website (since he is the modern founder of the Paleo diet, although influenced by Dr. Eaton's work).  On his site he describes:

In addition, the foods listed as recommended to eat on the Paleo diet include:

He even goes so far as to recommend for adherence purposes that people are allowed 3 non-Paleo meals per week, which is pretty reasonable and flexible in terms of asking people to make a big life change with these food sources.

Robb Wolf really helped popularize the Paleo diet and initially it was a way of healing people with autoimmune diseased because specific foods like wheat, dairy, legumes and nightshade vegetables caused an increase in autoimmunity which of course is disease where your immune system attacks your own physiology.  Like I stated above, certain diseases do require more extreme dietary approaches and if something exacerbates your disease, removing it is the obvious choice.

Dr. Bpyd Eaton had a huge influence on Loren Cordain and helped shape the diet that would make him famous Interestingly, Dr. Eaton does give lectures and spread his research on the benefits of a Paleo diet but he is not as strict or polarizing in his views on what has to be eliminated.

Dr. Eaton presents two ways to approach the Paleo diet: Strong form and weak form.  This essentially means for those who need to avoid things like dairy because of inflammation or digestion issues, they would err on the strong form side.  Likewise if you were diabetic or had issues with inflammation from wheat or grains you would opt for strong form.  But weak form is more flexible in that, if you don't necessarily have an issue with grains or dairy, you don't have to avoid them.  He even supports grains in less-refined forms as they will contain some fiber and nutrients.

He also posits that the Paleolithic man ate about 1/3 each protein, carbphydrates and fats.  Not a bad breakdown.  For a modern person who trains a lot, is generally lean and healthy and is not looking for fat loss, 3,000 calories per day is no stretch.  So a 1/3 of that is 1,000 calories and if you were to try to intake 1,000 calories from ONLY vegetables and fruit, you might be looking for a toilet every 5 minutes.  Lets just take a swing at this and say you'd ingest that 1,000 calories half from fruit and half from veggies. It might look like this:

There's no way the average person could prepare and consume this volume of food (not even counting their protein and fat intakes) and perform optimally.  The fiber load, stretch of the stomach and time eating would be beyond the dedication of all but the most fanatical.

And the worst part is for someone performing a lot of glycolytic work (like any sport athlete, Crossfitter, bodybuilder or MMA fighter) this would be a woeful amount of carbohydrates. Around 200 total carbohydrates from veggies and berries, closer to 250g if you did veggies and the 5 apples. Again, imagine trying to do a taxing workout with all that food volume sitting in your digestive system!

In terms of practicality, in doesn't really work. Of course you can add in more dense fruits like pineapple, tubers like sweet potatoes and plantains if you need more starch.  Not sure if our ancestors were eating pineapple on the plains of Africa but hey, you can do it.

Thankfully we have resources like National Geographic to give us a history lesson in what Paleolithic life was really like. Our ancestors unfortunately didn't live that long; your twenties was considered old-age by Paleo standards.  This facet alone should have an impact on how we view modern food and culture.  If your entire life was spent searching for food and then dying while still quite young, you wouldn't have much time for innovation, farming or genetic modication.  Simply living longer means more time to refine these things and develop new systems of accessing or growing food - if Paleolithic people's lived until they were 80 then those extra 50-60 years would mean more time to settle down, farm and create better tools, systems and food practices.

But living until you're 25 means many Paleolithic people ate grubs, nettles and even armadillos. While modern Paleo tells us our ancestors were living off mostly meat and veggies, findings show that vegetables and fruits from that are were in fact small and pretty inedible.

Take a look at some Paleolithic veggies: 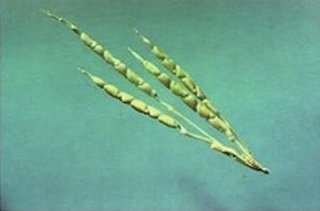 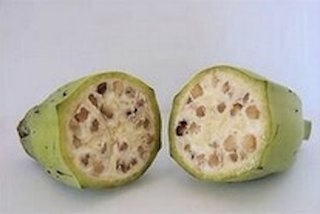 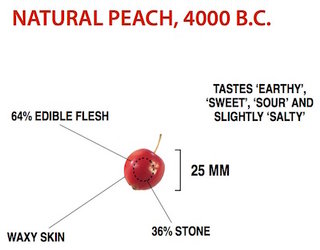 Modern vegetables weren't really on the plate for people until the Neolithic period, which was the tail-end of the Paleolithic era. This coincides with when we staopped living hunter-gatherer lifestyles and started settling down, farming, raising livestock and developing pottery.

These Neolithic ancestors, 10,000 years ago, paved the way for modern genetic engineering and cultivation.  Through selection and rotation they were able to grow larger produce with more edible flesh. This greater availability of produce would also mean more food for livestock which in turn allows for larger livestock.  Remember that wild game would not be huge, muscled and fatty.  Paleolithic man would be eating more organs and bone marrow than they would orime cuts of meat.  And in fact, they would not be eating beef at all.  Mostly smaller game that was easier to catch (remember the Armadillos?).

Almost all vegetables and fruits we eat today are modified in some way that does not, in the least, represent a Paleolithic version.  Bananas, as shown above, were almost unrecognizeable.  And they have been modifed so much that they no longer reproduce in the wild.  Every single banana you have ever eaten is a clone of another banana leaf or piece that was used to grow more bananas.  So even trying to eat foods found in the Paleolithic time, you are not consuming what our ancestors did.  It is nearly impossible (if not completely impossible) to copy that way of eating.  No matter how you slice it, you eat a modern diet.

Broccoli did not even exist in Paleolithic times.  Broccoli, cabbage, kale, kohlrabi, brussels sprouts and cauliflower and other brassicas come from ONE species of plant that looks like this (and did not exist before modern farming and cultivation): 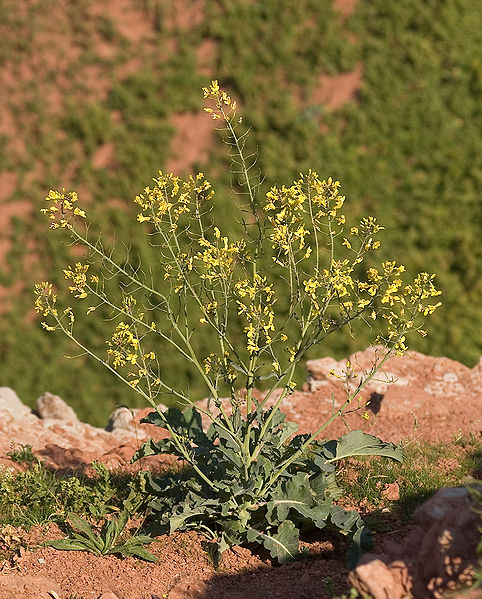 In Part II next week we'll discuss our place in the food chain and how that reflects on what we eat,